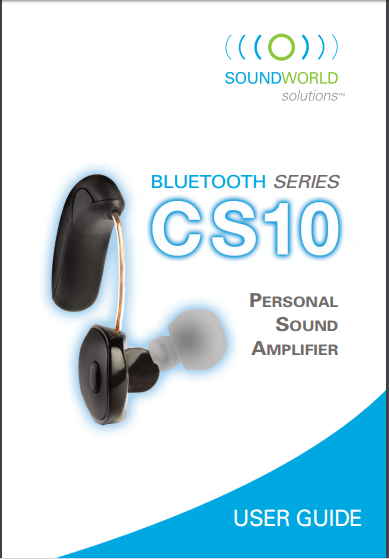 On NPR’s Morning Edition today, John Ydstie reported on our inaugural product, the CS10 personal sound amplifier, and the impact it’s having on how moderate hearing loss is treated in the U.S. and around the world. We’ve posted an excerpt below.
CS10 Story on NPR Morning Addition
Listen to the full story here

As many as 300 million people around the world need hearing aids. The vast majority of the 7 million people who get them annually are in the U.S. and Europe.

One big reason is cost. On average, a set of hearing aids rings up a tab of about $4,000. Most insurance policies don’t cover them.

A company called is trying to do something about the limited reach of hearing aids by creating a high-quality hearing device that costs less than a tenth the normal price.

Frank Lin, a professor of public health and an ear surgeon at Johns Hopkins University in Baltimore, says this kind of device provides a good alternative for the millions of adults in the U.S. who have mild to moderate hearing loss.

“You can get it mailed to you, you put it in your ear, you program it yourself with your Android phone, and it’s going to be decent,” Lin says. “Never as good as the gold standard, of course, but a whole lot better than nothing.”

Lin says another problem with the current market for hearing aids is that the handful of companies that make them have a high-profit, low-volume strategy. That’s partly driven by the fact that each company uses its own proprietary technology that costs lots of money to develop. Sound World Solutions has taken another route — it uses mostly inexpensive off-the-shelf Bluetooth technology for its device.

Part 2 of the NPR Profile is found here

Contact us to learn more about the CS10 personal sound amplifier

Your Companion Bluetooth Hearing Aid is ready for audio streaming from your smartphone or other Bluetooth-enabled device. The Companion hearing aid switches automatically between the amplification mode to audio mode once the media player in your phone or computer starts steaming audio, or to telephone mode to allow you to answer an incoming call. Once the call is over or the media player is turned off, the hearing aid switches back to amplification mode.

Music mode can be disabled through the media audio menus on your hearing aid. We recommend that you disable the dial pad touch-tones and audio notifications like incoming email and text sounds on your device to prevent unwanted interruption when in amplification mode.