Learn more about the CS50+ Bluetooth Personal Sound Amplifier, HD100 Companion Hearing Aid and our overall company mission in the news below: 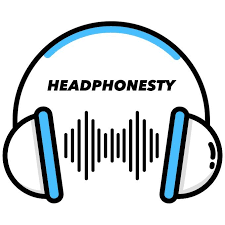 The Best Headphones for the Hearing Impaired

The CS50+ PSAP features precise customization within the CS Customizer app, allowing you to control what frequencies are focused on. If you want to focus on voices, you can increase the mid-high frequencies. This helps reduce feedback and improve clarity, relying less on presets to find the perfect balance.

The $349 Sound World Solutions CS50+ was rated the top PSAP by The New York Times’ product-review site Wirecutter in 2020. It’s an “over-the-ear” hearable: The earbud is connected by a small tube to a battery compartment that fits around the ear.

Hearing aids cost thousands of dollars, which is in part why less than a third of Americans who would benefit from a hearing aid actually wear one, according to a 2006 study. For those with mild to moderate hearing loss, studies have shown that personal sound amplification products (PSAPs) can be nearly as effective at around a fifth of the price. We tested seven PSAPs in 2020 (and have tested 10 total since 2018), and we are sure the Sound World Solutions CS50+ is the best one.

Audiologists compare a sample of Personal Sound Amplifiers with a conventional hearing aid among individuals with mild to moderate hearing loss. The CS50+ rates highest among the PSAPs…

Consumer Reports (March 2017 issue) continues to cover the issue of hearing loss and the need for affordable hearing care options. Here’s one of those articles, with a review of our CS50+ product.

Fast Company takes an in-depth look at the issue of hearing loss and the reasons so many individuals wait to address their hearing challenges. Along the way, the article highlights Sound World Solutions and our innovative solutions as one example of an approach that can help to change that reality.

Our CS50+ Personal Sound Amplifier is one of the good ones

Why don’t people address hearing loss? Paula Span’s article on July 15, 2016, the New York Times discusses exactly that, and it leads her to personal sound amplifiers as an alternative to hearing aids. When she reviewed the many options available to her, she found our CS50+ to be one of the good ones. Find out more here.

Our own Shawn Stahmer is one of the guests on this 12/27/2015 radio broadcast that discusses why people don’t use hearing aids.  Do you agree with what he and the other guests have to say?

Sue Byrne from Consumer Reports provides a look at how to beat high hearing aid prices, including the availability of personal sound amplifiers like the CS50+. Read the full story by clicking the link below.

In a story by Marilyn Lewis that looks at ways to beat the high price of traditional hearing aids, MoneyTalksNews founder Stacy Johnson highlights his use of the Sidekick personal sound amplifier. Read the story below.

As many as two-thirds of older adults will experience hearing loss, but many won’t do anything about it, says Dr. Carrie Nieman, a resident at the Johns Hopkins University School of Medicine. For some, hearing aids are too expensive and too difficult to obtain, they cost thousands of dollars, aren’t covered by Medicare or Medicaid and…

Not Ready for a Hearing Aid, but need a Little Help?

Bluetooth Devices do Battle with the $3000 Hearing Aid

New competitors mean more ways to save money. But should you really buy hearing aids at Costco?

Sound World Once Again in the New York Times 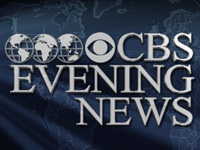 On Christmas Eve, Sound World Solutions was covered on the CBS Evening News in a segment reported by Barry Petersen.

On NPR’s Morning Edition today, John Ydstie again reported on our inaugural product, the CS10 personal sound amplifier, and the impact it’s having on how moderate hearing loss is treated in the U.S. and around the world.

On NPR’s Morning Edition today, John Ydstie reported on our inaugural product, the CS10 personal sound amplifier, and the impact it’s having on how moderate hearing loss is treated in the U.S. and around the world.