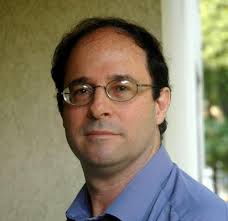 David Green is a consultant and entrepreneur with a 30-­year history in public health projects that employ technology, sustainability and market forces to bring affordable medical treatment to people in need. This approach employs economies of scale to lower costs as well as prices, while providing wide social benefit to people regardless of their wealth.

Associated with the Seva Foundation since 1983, David helped to develop Aravind Eye Hospital in Madurai, India. He has also played a key role in developing major eye care programs in China, India, Nepal, Egypt, Tanzania, Bangladesh and Guatemala. He developed a network of training institutions which have assisted over 300 eye care programs to become self financing, providing high quality/high volume eye care services.

In 1992, David established Aurolab, a manufacturer of intraocular lenses (IOLs) in India. The company developed a method to reduce the cost of IOLs by 96 percent, making them widely affordable in developing markets and is now one of the largest manufacturers of IOLs in the world.

In 2007, David and Dr. Stavros Basseas co-­founded Conversion Sound, Inc. to bring low-­cost hearing solutions to people around the world. They created Sound World Solutions as a division of Conversion Sound to commercialize a practical and highly functional personal sound amplifier that also serves as a Bluetooth device.

David earned his Master’s degree in Public Health from the University of Michigan in 1982. He was named an Ashoka Fellow in 2001 and recognized by Schwab Foundation as a leading social entrepreneur in 2002. He was awarded a MacArthur Fellowship in 2004 for his work as “a pioneer in the manufacture and distribution of advanced health care products for patients in the developing world who could not otherwise afford them.” He is the recipient of the 2009 “Spirit of Helen Keller” award for humanitarian efforts in blindness prevention.

Your Companion Bluetooth Hearing Aid is ready for audio streaming from your smartphone or other Bluetooth-enabled device. The Companion hearing aid switches automatically between the amplification mode to audio mode once the media player in your phone or computer starts steaming audio, or to telephone mode to allow you to answer an incoming call. Once the call is over or the media player is turned off, the hearing aid switches back to amplification mode.

Music mode can be disabled through the media audio menus on your hearing aid. We recommend that you disable the dial pad touch-tones and audio notifications like incoming email and text sounds on your device to prevent unwanted interruption when in amplification mode.