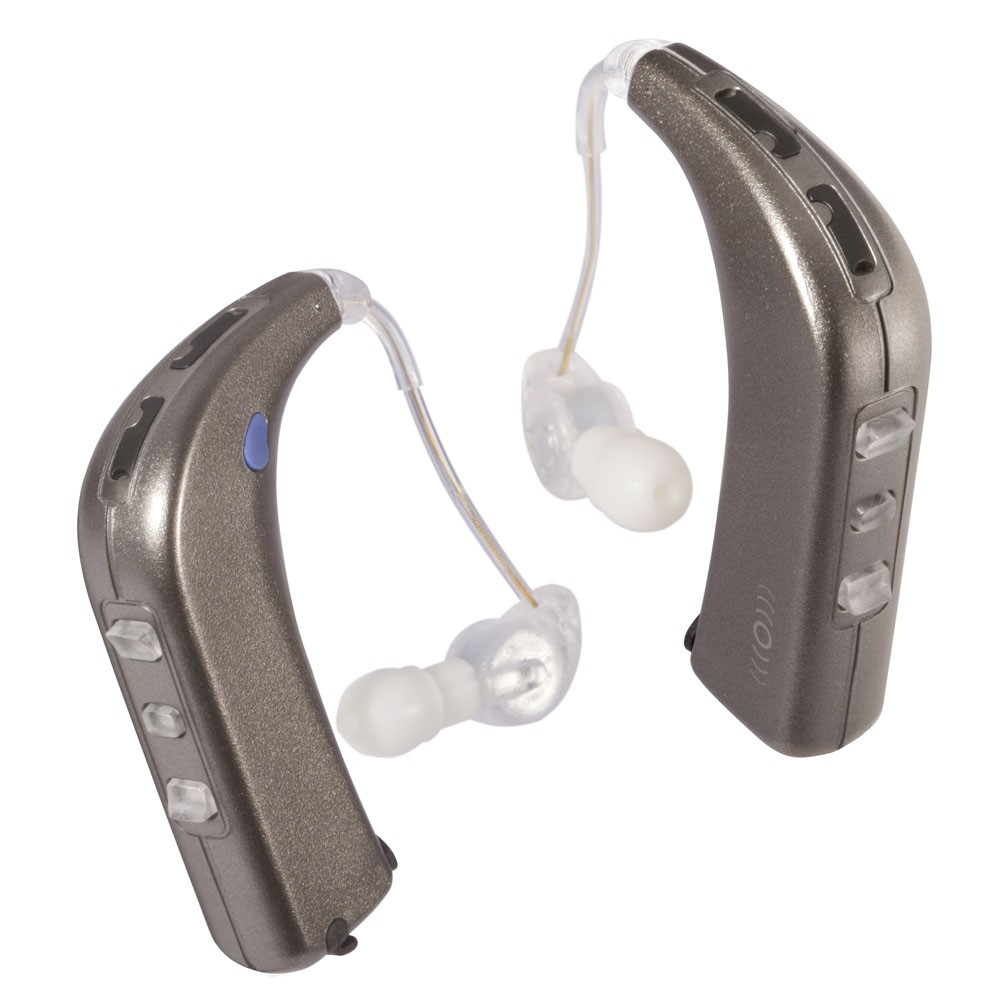 Stavros Basseas and David Green decided to do something about the millions of people in the world who need hearing help but have limited funds and no access to services. Here in the US, we have an extensive network of medical and hearing health professionals to address the need for hearing aids plus hearing aid batteries are available at any corner pharmacy. This supply chain just doesn’t exist in emerging nations. But what they typically do have are cell phone towers and at least some access to cell phones. This was a good jumping off point to begin the project.

We needed a thoughtful design so we set off to design a “business in a bag” where somebody who travels to rural areas on a regular basis can easily fit and maintain hearing aids for those who need them. On the design side, we had to address the following needs:

We engaged with IDEO, a design and innovation company in the Bay Area to help us with a pilot study in India. In this study, we worked together to design the process and software to run on a PDA and went to India to verify that technicians could be trained to use our system in 2 days. The study was successful in that it proved that the system was simple enough to use with minimal training as opposed to the years of training and expertise required by hearing aid dispensers in the US and other developed countries.

We decided against an in the ear hearing aid design because in the ear designs require a customized ear mold. Providing multiple sizes of ear tips would allow the user to adjust the fit.

In summary, we designed a system that uses a PDA and Bluetooth to connect to and program an inexpensive hearing aid. The system is portable, easy to use, and cheap compared to traditional audiometric equipment. The hearing aid itself is very inexpensive, yet has sophisticated digital signal processing, and a rechargeable battery.

We made some modifications to the US market. Our first US release in 2013 was the CS10, which looks like a Bluetooth cell phone accessory. The CS10 has 9 hours of battery life so we included two rechargeable hearing aid batteries with a unique magnetic design that lets them attach to the CS10 with ease. We also added in the standard Bluetooth functionality to handle phone calls. We were the first company to launch an amplifier that works as a Bluetooth headset too. We added voice prompts and an audio-guide to help the user understand the functionality of the device, effectively putting control in the hands of the user.

The original software that ran on the PDA/smartphone was designed to be used by a technician. We had to modify it to work for the end user, for instance, we created a simpler screening process and removed the user database. The new free Customizer app was available for users with Android smartphones. Due to some limiting features on the iPhone, we could not release the CS10 with an iPhone Customizer app. Instead, we created computer software that runs on Windows and Mac computers to allow those without an Android phone to customize their devices.

We did not register the CS10 with the FDA as our original intent was to serve emerging markets outside the US. However, we discovered that there is a huge need in the US for affordable hearing assistance options. We decided to sell theCS10 in the US as part of the new personal sound amplifier market. Personal sound amplifiers are sold by online retailers through services like Amazon.

Our next innovation came quickly, the CS50. We used the next generation Bluetooth chip with Bluetooth LE (now called Bluetooth Smart). At the same time, the iPhone added support for Bluetooth LE and we were now able to create a Customizer app for the iPhone (and later the iPad) along with Android smartphones. We also added support for A2DP, which is the Bluetooth music streaming protocol and increased the battery life to 11 hours. We removed voice prompts and the audio-guide.

After that, we developed the behind the ear devices using the same technology as the CS50. We updated the code to enhance the battery life to 18 hours. We added back voice prompts and had them translated into 3 additional languages. At that point, we released the CS50+, which was a software update only.

Wayne Bayever has been VP of Engineering at Sound World Solutions since 2011.